David Bowie: To Infinity and Beyond - Archived 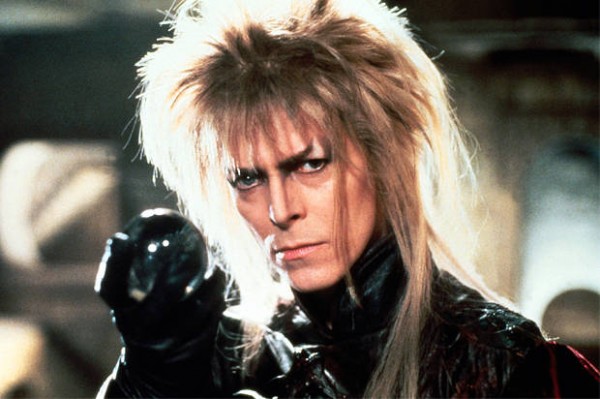 This content has been archived. It may no longer be relevant.

I woke up to the news that David Bowie had died. It was on my Facebook feed, friends were talking about the Bowie concert they experienced and their favorite songs. I wondered why and made sure it wasn’t one of those death hoaxes on the internet. But it was true, David Bowie had lost a battle to cancer. Like many, I felt a profound sadness. The suddenness of it all (we didn’t even know he was sick!), the fact that he had just released another brilliant album, produced a massive tangle of emotions – all of which felt like a punch in the gut of our collective souls.

Of all the images that have emerged from the Internet to pay tribute to Bowie, this series of illustrations by U.K. artist Helen Green stands out.

That morning, as I drove my children to school, we listened to Space Oddity on Pandora. Normally, we’d be singing along out loud in the car. But that day, even my boys knew that losing David Bowie meant losing something- someone important. We listened in silence, as if in prayer. I kept my shades on because I didn’t want them to see that by the time he sang “Tell my wife I love her very much…” I had tears in my eyes. It struck me how, as much as this was a very real loss to all of us, the fans and pop culture as a whole, it was a much more personal loss to the family he was leaving behind. That made me even sadder.

When I reached my desk at work, I saw that my husband had updated his Facebook status to “Feeling Heartbroken.”

I grew up with the “Let’s Dance” “China Girl” “Goblin King”-Bowie but I love all his music and his art. My own children are fans of Ziggy Stardust and earlier Bowie and I always felt like it was so cool that we could bond over his music as a family. I am sharing with you my friend Claire Miranda’s Facebook post, which for me, captures the power of Bowie. According to Claire, reading the quote helped her understand why she felt like she did when she heard the news. I am sure many of us feel the same way.

For all the misfits, then and now. Thank you again, David Bowie.

“There are people who forget what it’s like to be 16 when they turn 17. And these will all be stories some day. Pictures will become old photographs. And we’ll all become someone’s mom or dad. But right now these are not stories….I can see it. The one moment when you know you are not a sad story. You are alive. And you stand up and see the lights on the buildings and everything that makes you wonder, and you’re listening to that song and that drive with the people you love most in this world and in this moment I swear we are infinite.” (From “Perks of Being a Wallflower” by Stephen Chbosky)