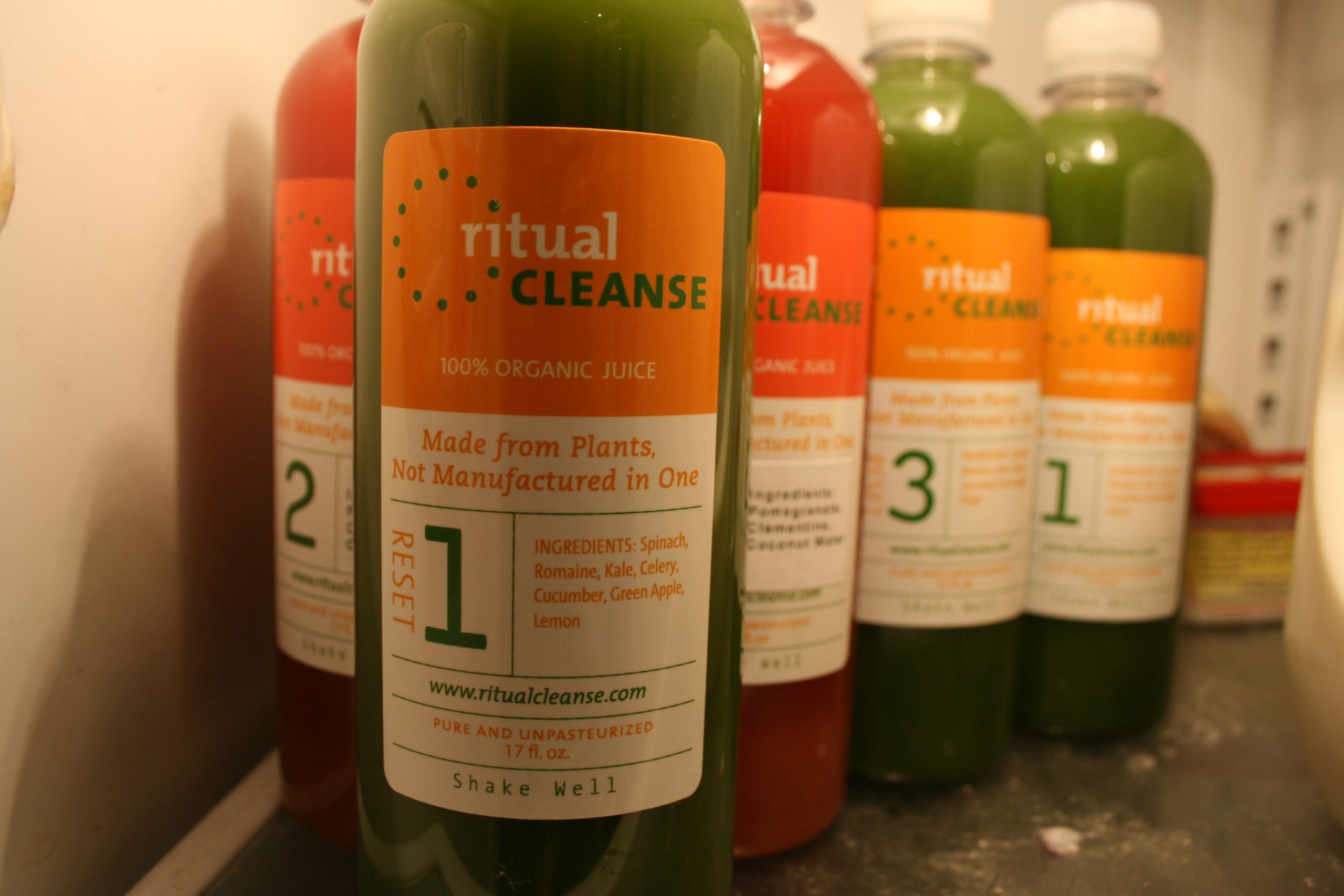 My first mistake was going to two parties while on the cleanse. While I never had the urge to go to the bathroom every 5 minutes nor did I have this overwhelming hunger, the party food was very tempting. But you see, the #world knew I was on a cleanse so how was I going to cheat? That’s what you get when you announce to the world via Twitter that you are going on a cleanse.

Social Media makes you accountable. Post a status update about that new diet and your friends (or at least facebook friends) are sure to check up on you. Tweet a question or an idea and someone will call you on it. Cleansing was one of those things.. @terararestephens had talked about it then @cindywang and @thebigdebowski and I started chatting. Finally @ritualcleanse heard the chatter (or rather read it on twitter) and invited me to try a juice cleanse. Because I am a bit of a wimp, I only did it for 2 days.

Ritual Cleanse followed our Twitter Conversation and connected with me. Not long after, I picked up my 12 bottles of freshly pressed 100% organic juices packed in a snazzy green insulated bag and was good to go.

Since I had never done a cleanse before, one of the owners, Marra, suggested I do a “Seasonal Cleanse” which is still 6 juices like the Classic Cleanse but one Classic “Green” juice is replaced with a specially formulated blend that captures the best seasonal produce in a fresh new flavor. Lucky for me, pomegranate was in season. Yum!

I was never hungry on the cleanse and I didn’t go to the bathroom nearly half as much as I feared. The juices were, in fact, really tasty. On that first day however, I got really grumpy around dinner time. I figured it was the lack of caffeine. After drinking the last juice of the day, I was fine. The second day was easier.

For me, @RitualCleanse jump-started my new attitude towards health – that week I was to begin with my fitness trainer @lafitness

In the end, I didn’t lose weight (come on it was just two days) and my hair didn’t suddenly get all shiny as some had claimed but I did stop craving coffee -which was a most unexpected and happy side effect.

Would I go on a cleanse again? Yeah! Maybe we can do it together… Ritual Cleanse has a group discount program. Hmmm.