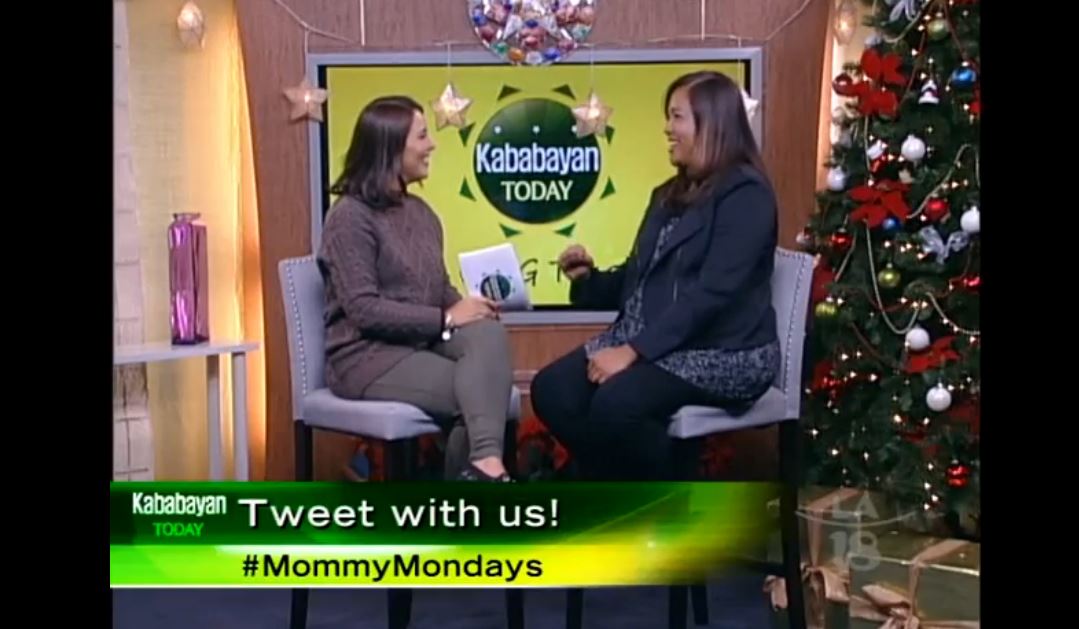 We met many years ago, another lifetime ago, across the world, back in our Motherland, the Philippines. We moved in the same circles. I had my magazine and radio circles, she had her tv and movies. But Manila is small and everyone seems to know everybody. It was an exciting time to be young and full of promise. Flash forward: we’re both mamas in America. So much has happened. But the world is smaller now too so we’ve been in touch, at least on Facebook. That was, until… the call.

Giselle “G” Tongi is a popular personality in the Philippines. She’s been in movies, television shows, plays, fashion shows and magazine covers. She was even an MTV Asia VJ! So when she called to say she was the new host/producer of Los Angeles-based TV show, Kababayan Today, I was happy. I was happy to hear from an old friend, bubbly and friendly as ever.

I thought maybe she wanted me to write a segment for the show or a feature about the show. That would be easy. But that wasn’t the case. You can imagine my surprise when she invited me in flawless Tagalog (mine was rusty), to be ON the show for Mommy Mondays. I said yes, of course. Anything to help a friend. Truth is, I’d been on the set of the show before – when I accompanied my cousin, J.A. Tan, an artist, who was interviewed by the previous host.

Then the nerves set in. I’ve been used to asking questions not being asked the questions. I am used to being behind the camera not being in front of it. What would we even talk about? I had no book or movie to promote. I stammered when I spoke in my native tongue. I didn’t have anything to wear! What time did I have to leave Orange County to get to LA on time for the show? This was how I felt leading up to my guest appearance on Kababayan Today.

Turns out my fears were for naught. In my anxiousness to avoid traffic, I arrived in LA 2 hours earlier. So I had some breakfast at a little diner called Teddy’s Café on W. Pico. I believe it’s where we stopped for some coffee the last time I came to visit the LA18TV studios.

G was a wonderful host. And this was BEFORE the show. In her office, we chatted about the last 10 years or so. We talked about life in America, our children. She told me about the struggles of a working actress, getting a college degree from UCLA, her newly discovered love for writing and producing. She helped me with my makeup.

Then it was SHOW TIME!

In the green room, it was fun to watch her in action. She had to do different versions of the intro and each time she did it with the same enthusiasm. She did a Skype interview with someone in the Philippines. And then it was my turn.

You will see in the videos below that, in just a few minutes, she manages to put me at ease. G Tongi is a great host! She connects now only with her guest but with her viewers. She is so warm and natural.

Segment 2 in which talk about more #MommyMonday matters and being Filipino etc.

I will post parts three and four of our Kababayan Today interview in a separate blog post – tomorrow. In Filipino, we say… Abangan!